[tps_header]Shimano on Wednesday released details of its latest updates to its top of the line road group, Dura-Ace. The group now has a power meter option and its own hydraulic disc brake option. It remains an 11-speed group that is available with Di2 electronic or standard cable shifting options.Dura-Ace Di2 now makes use of Shimano’s synchronised shifting technology. Formerly known as Synchro Shift and used successfully in the company’s XTR Di2 and XT Di2 mountain bike groupsets, the system can be set to control both derailleurs through the action of one shift lever.

Retail pricing for the full mechanical rim brake group is $2,029 all the way up to the Di2 and hydraulic disc brakes for $3,137. Shimano said the new parts will be available in September.  (Full pricing and weights pdf)

Shimano said the Dura-Ace crank has redesigned tooth profiling that accommodates short chainstays and disc brakes with 135 OLD rear spacing. The power meter option includes strain gauges in each crank arm, internally hard-wired together. It has a single rechargeable battery and can communicate wireless with most common head units.

The new carbon-rim Dura-Ace R9100 wheels are available in rim brake and disc versions, and clincher and tubular versions. The new pedals are of the SPD-SL type, and are 24 grams lighter than the previous model. 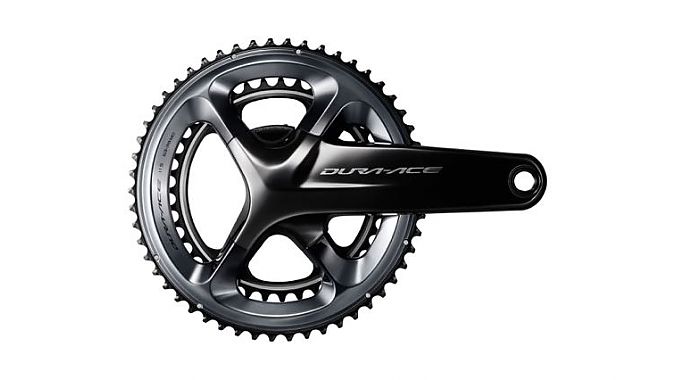