Check your local listing for coverage on NBC and NBC Sports. 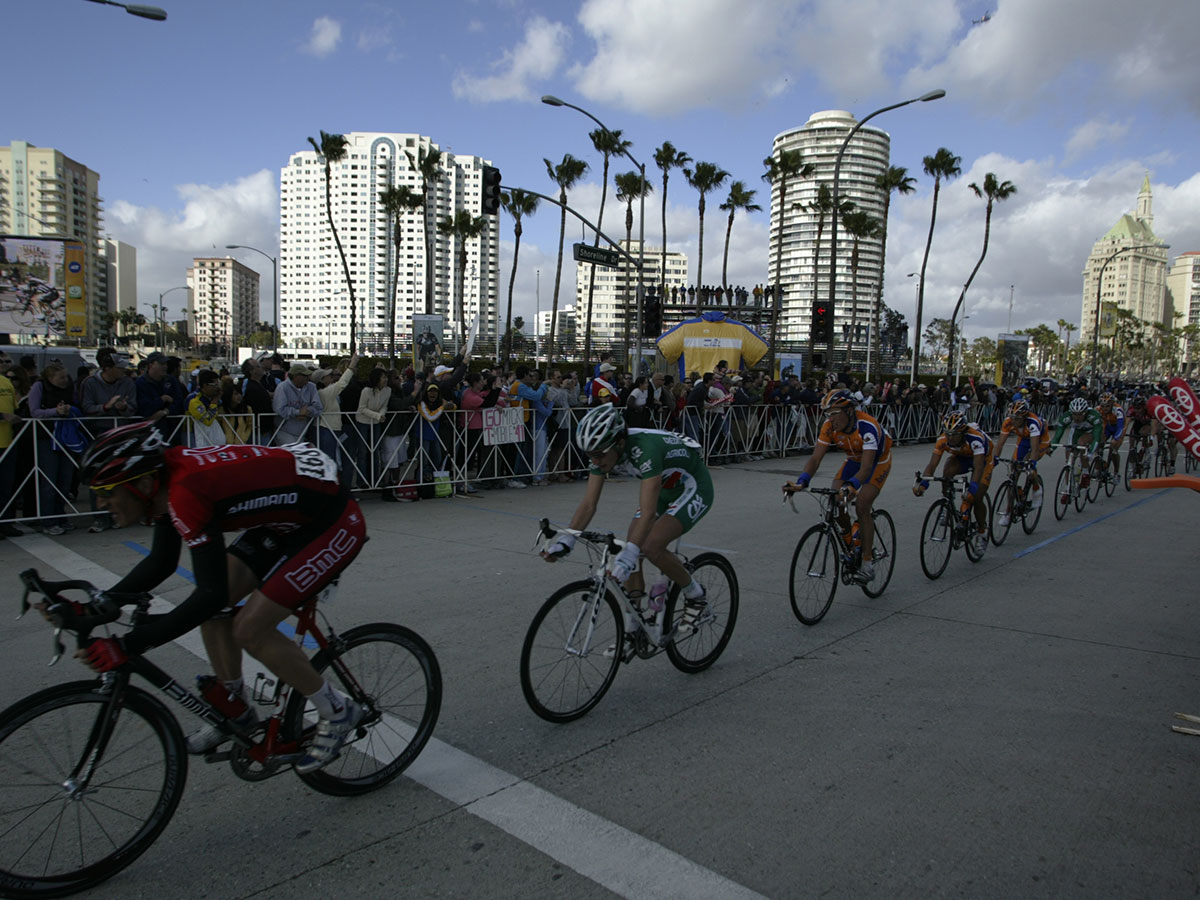 The 2018 Amgen Tour of California kicks off in Long Beach. After first visiting the City of Long Beach in the Amgen Tour of California’s second installment, the race makes a long overdue return to this urban waterfront playground. Both city and race have seen many positive changes over the past 11-years. To celebrate, Long Beach will host an intimate 12-lap circuit, starting and finishing on the waterfront before touring 7 miles of Long Beach’s many highlights. 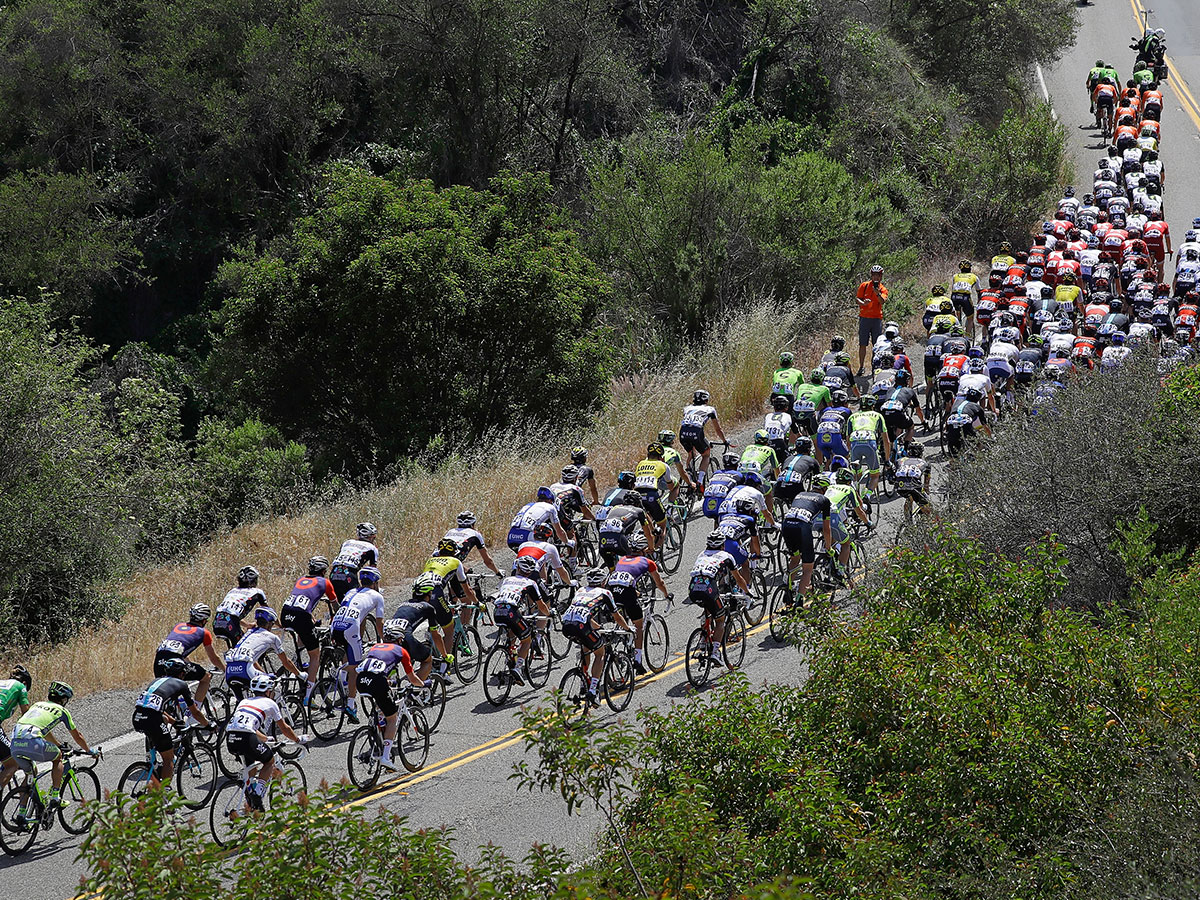 “More…more…more!” yelled cycling fans after the finish atop Gibraltar Road in 2016. The 2018 Amgen Tour of California brings this fan favorite back to the race. Two years ago, the peloton only bid adieu to the City of Ventura on its way to Gibraltar. This year, Ventura will host the start on the queen stage. The riders starting at the Ventura Pier, just a few feet from the Pacific Ocean, but contenders and sprinters alike will not be taking in the laid back and sun-soaked vibe of Ventura with 98 miles and 7,700 feet of elevation gain in front of them. 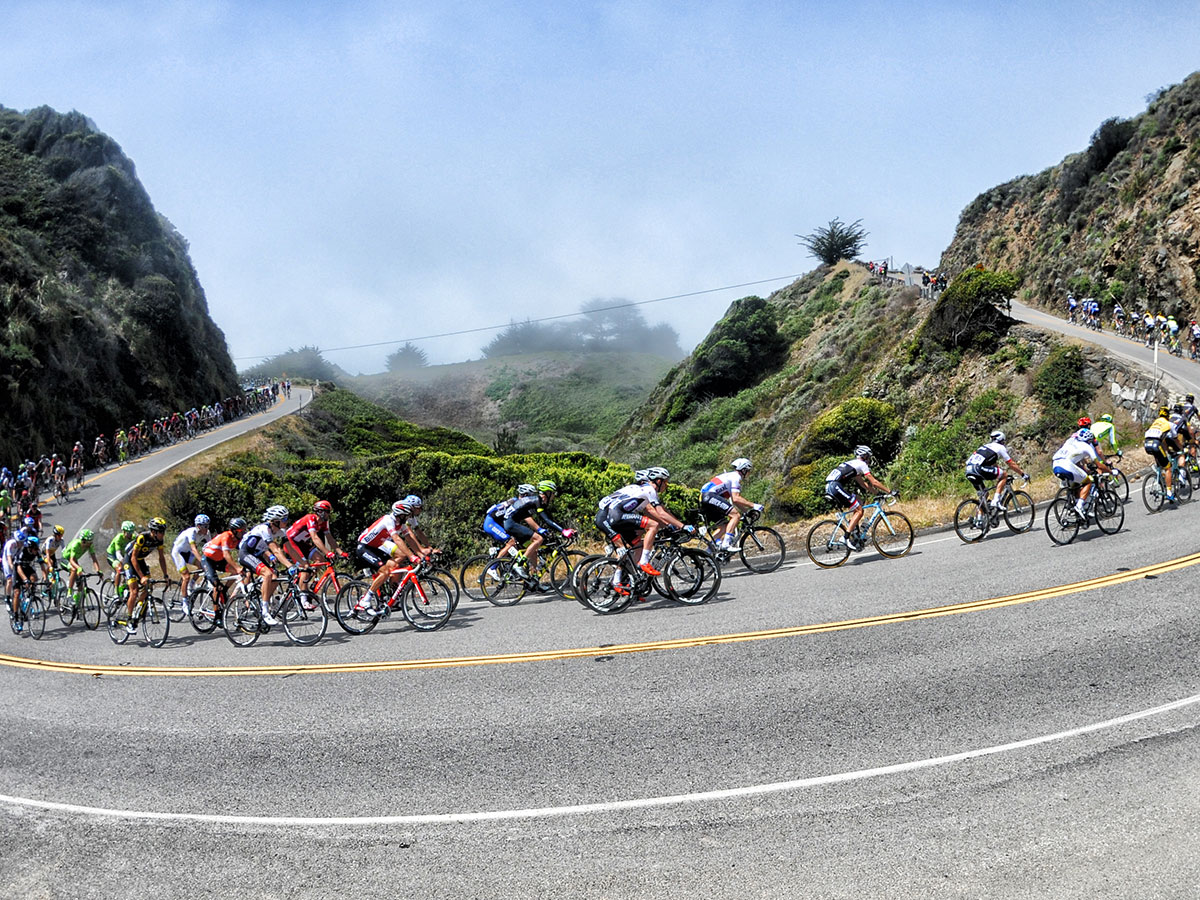 Race newbie King City starts Stage 3 of the 2018 Amgen Tour of California. Like an eager host, however, King City welcomes the peloton not once, but twice throughout the day. The Tour departs town and races south along legendary Highway 101 before turning out of the Salinas Valley at San Lucas. If riders were looking for a relaxed day of racing after Gibraltar Road, they need to keep searching. The day features six KOMs over 123 miles and 8,300 feet of elevation gain. 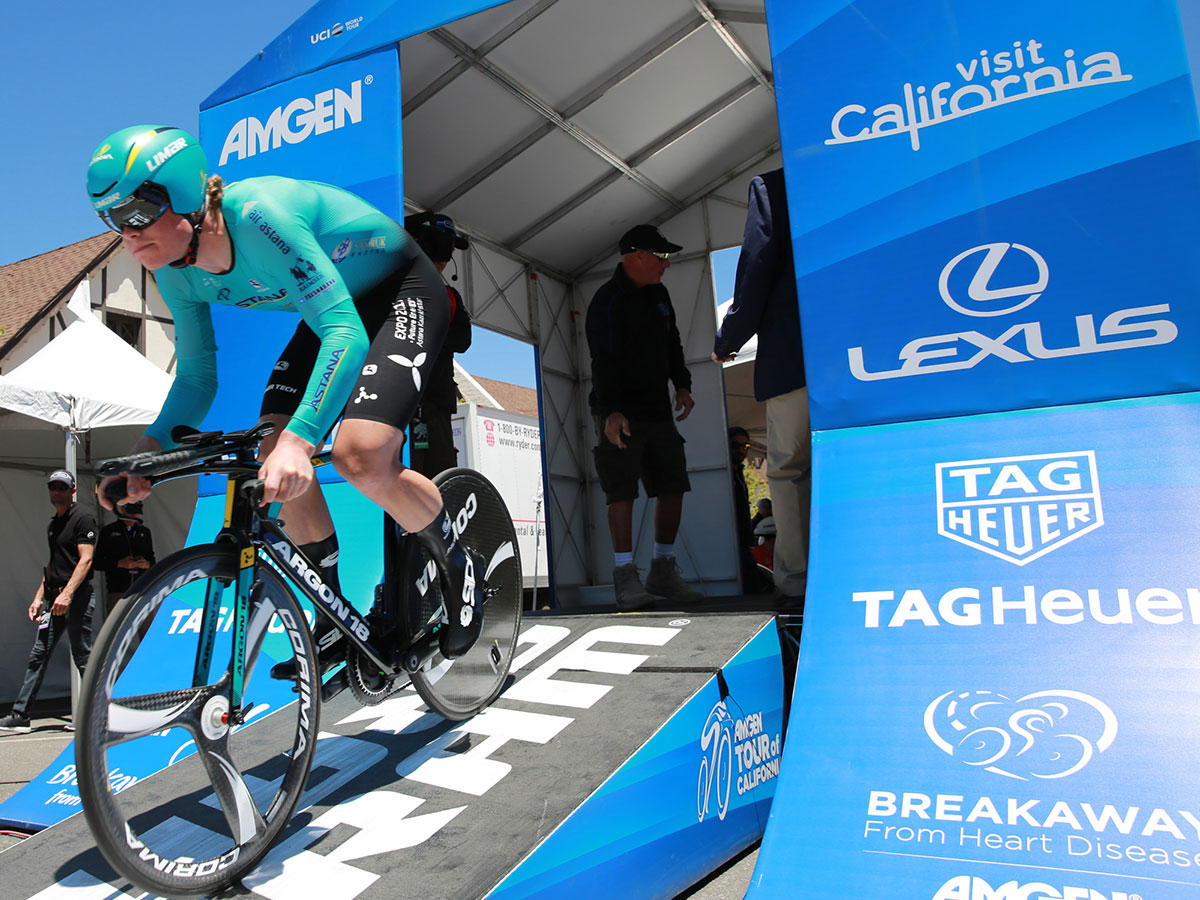 The 2018 Amgen Tour of California’s Individual Time Trial returns for the third time to San Jose and the outskirts of Silicon Valley. The start and finish, however, will feature the new host city of Morgan Hill. This year’s “Race of Truth” is a scenic 21-mile route that includes one sizeable climb followed by two precipitous descents. Contested in the backcountry, wind could be a factor on the route, but one thing is for certain, the rider coming in with the best condition, position, and handling skills will prevail. With the riders parading through one by one, Stage 4 is the best opportunity to see each individual rider in their element. So where to see the day’s events?

For the Amgen Tour of California’s final three stages, the men share a spotlight with the Amgen Tour of California Women’s Race empowered with SRAM. For the fans, the result is double the fun and double the excitement where the routes overlap. About an hour after the women kickoff their Stage 1 in Elk Grove, the men will be anxiously awaiting their start in Stockton. This should be a day for the sprinters as the 110-mile stage will feature just over 2,500 feet of climbing and only one notable ascent. Like Long Beach, Stockton hasn’t seen the peloton for 11 years but is excited to return with a course that starts at Stockton Arena near the waterfront. While not traversing the city’s downtown, Stockton offer visitors a slew of activities. 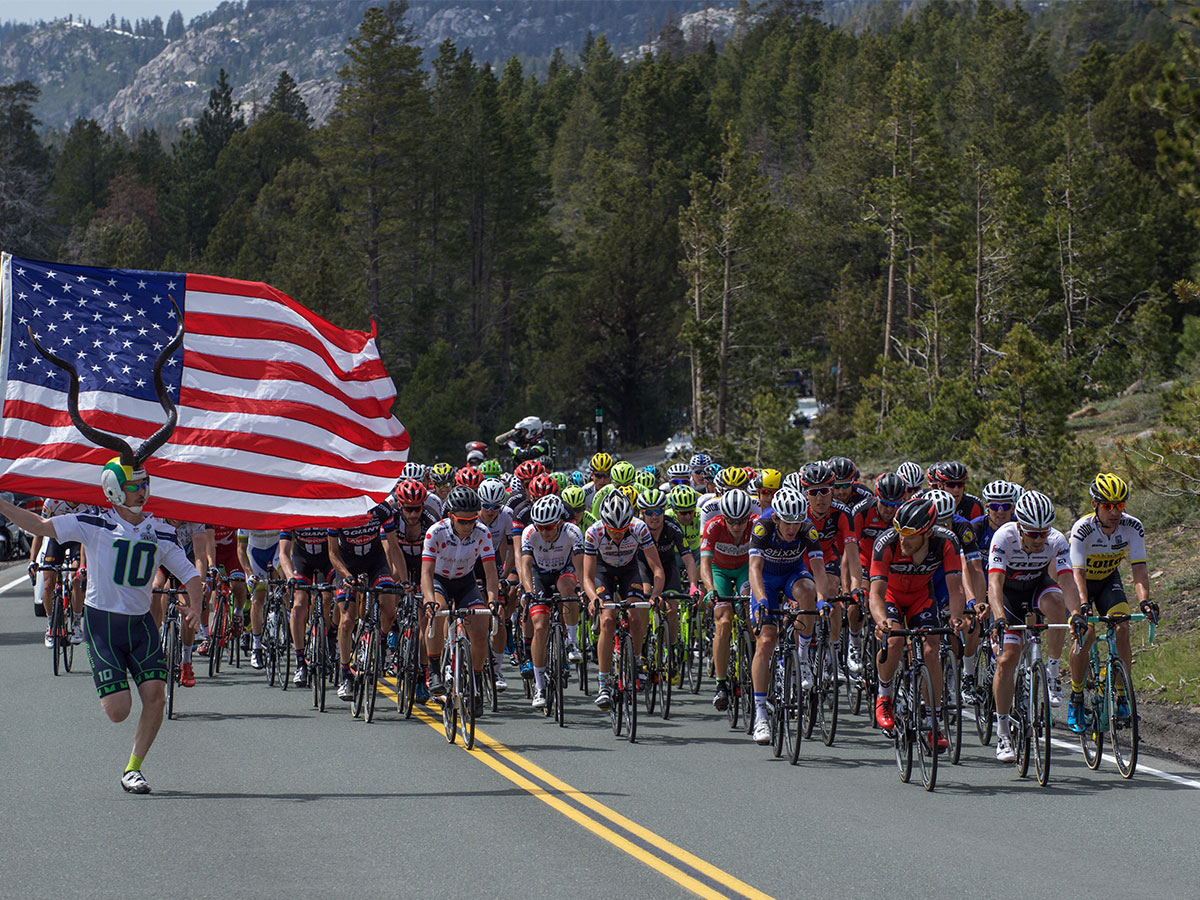 Having hosted the Individual Time Trial on two occasions, the City of Folsom has been a fantastic partner of the Amgen Tour of California. For the 2018 race, they commence the start of what is guaranteed to be a memorable Stage 6. From the start, the route heads uphill. Over the course of this 123-mile route, the peloton climbs nearly 16,000 feet over four KOMs, even finishing uphill at the Heavenly Mountain Resort in South Lake Tahoe.

Once again, Sacramento shows why the city is regarded as one of the most sports-friendly cities in the U.S. This will be the Amgen Tour of California’s 9th year in the Golden State Capitol and each year is more thrilling than the last. The 2018 festivities start with the men rolling out of Sacramento across the iconic Tower Bridge into West Sacramento. For the men, this stage is for the sprinters. There are no KOMs and virtually no elevation gain for the day, finishing with three loops around the infamous Capital Circuit. Only an hour after the men start, the women begin their final stage on the circuit. Sacramento has never failed to furnish one of the most exciting race finishes on the World Tour calendar, so let’s see who delivers in 2018.