Kate Courtney just won the U23 Overall Women’s World Cup in Mountain Biking. Not only has she been tearing up the race scene, she also simultaneously studying human biology at Stanford University.

At 21 years old, Kate Courtney is one of the top up-and-coming female cross-country mountain bike racers in the world. In 2016, she won her first UCI XCO World Cup in the Women’s U23 category and 2017 has seen Kate has notch up more world cup wins and the the overall title. All in all, a pretty solid start to a racing career for the American in a field typically dominated by Europeans. 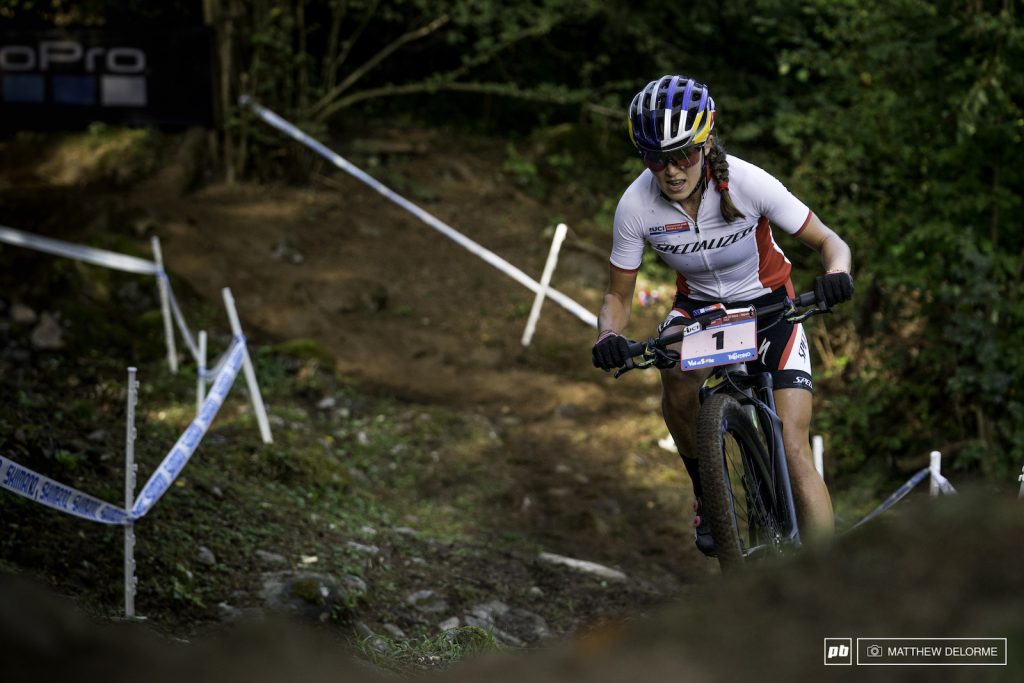 What’s more? Courtney is simultaneously studying human biology at Stanford University. Getting into the school is a feat in itself for most and the amount of work that goes into getting a degree at the school is a great challenge for any student. Courtney manages to juggle being a student with intense training to compete at the top of her sport and traveling the world to race it. Check out the video below and the photo of her 2018 Specialized S-Works Epic