According to Hoka One One‘s research, 60 percent of a track athlete’s race is spent turning left which adds more pressure to certain parts of teh shoe. In light of this fact, Hoka set out to redesign the track spike — a shoe that has gone largely unchanged for the better part of a century. Traditional track spikes feature zero drop, minimal cushioning and symmetrical spikes on each shoe. Hoka rebelled against just about every aspect of the traditional spike when designing their most innovative shoe yet. 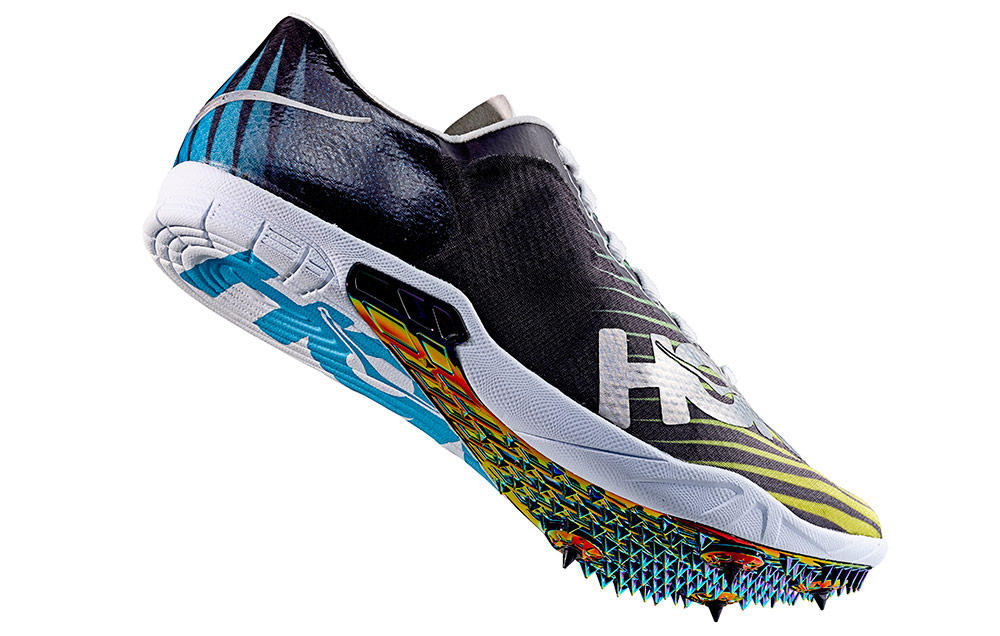 Research was conducted by HOKA ONE ONE’s Innovation Team based in Annecy, France, identifying key problems racers experience on the track. They rallied to solve those problems and worked closely with elite athletes to fine tune a track spike that would handle the curve of the track.

Each pair of the new asymmetrical Speed Evo R track shoes features differing spike patterns on either shoe. The idea is that it provides more stability in left turns than a traditional symmetrical design. The shoe also features a bit more cushioning than your typical track spike. That’s because it’s built for races ranging from 800 meters to 10,000 meters. Stability in the corners is further improved thanks to a medial midsole wrap that locks the foot in.

“Our goal is to always make running faster more fun. We re-examined the track spike and took nothing for granted. We refined the spike plate, spike configuration and midsole support and cushioning,” said Jean Luc Diard, HOKA ONE ONE co-founder and vice president of innovation. “We worked closely with silver medalist Leo Manzano to make sure we didn’t miss any details, and we are excited to cheer on all our incredible athletes racing in the upcoming U.S. Olympic Track and Field Trials as they race in these new spikes.”

The shoe will debut on athletes at the US Olympic Track and Field Trials, and later the Olympics, but will also be available to the public in February of next next year — in limited runs — for $130. 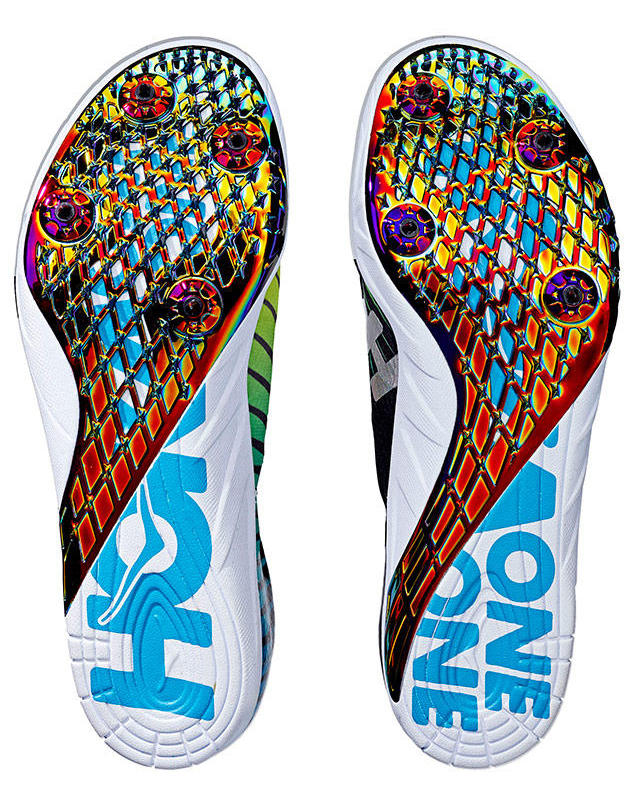