Director and Producer Yanfeng (Yan) Zhang aims to inspire the broader audience with this documentary. “This is the first-ever feature-length documentary on the sport of triathlon for the big screen. We really want to showcase the spirit of this endurance sport to the world and hope more and more people will participate in it.”

“I think this film stands on its own as a tribute to the sport of triathlon and triathletes,” says Executive Producer Bob Babbitt. “We are showcasing Challenge Roth, an event that is actually way better on the big screen because the team can and did capture the crowds, the excitement, solar hill and the pageantry. What makes Ironman World Championship so challenging – the heat and the wind – is hard to capture on film.”

On June 13th, a special screening will be held at the Challenged Athletes Foundation (CAF) in San Diego, California, the birthplace of modern time triathlon. Another exclusive opportunity to watch We Are Triathletes will be during the festival week of DATEV CHALLENGEROTH on June 28th. The official global release in theaters will follow in early August through Demand Film (https://us.demand.film/we-are-triathletes/). “We are thrilled to be working with Yan and Bob to bring this fantastic film to enthusiastic audiences around the world”, says Andrew Hazelton, Executive Vice President of Demand Film.

In winning an Accolade, We Are Triathletes joins the ranks of other high-profile winners of this internationally respected award including the Oscar winning production of The Lady in Number Six by Malcolm Clarke, the very talented Dave Bossert of Disney for his short documentary, The Tunes Behind The Toons, Hollywood industry veteran Ron Howard for When You Find Me and Highwire Films Australia for their popular ABC TV series twentysomething. Rick Prickett, who chairs The Accolade Global Film Competition, had this to say about the latest winners, “The Accolade is not an easy award to win. Entries are received from around the world from powerhouse companies to remarkable new talent. The Accolade helps set the standard for craft and creativity. The judges were pleased with the exceptional high quality of entries. The goal of The Accolade is to help winners achieve the recognition they deserve.”

Also be sure to check out the Emmy Award Winning 2017 Ironman World Championships Film.

Next post Video: Riding Across Haida Gwaii On A Foodless Odyssey 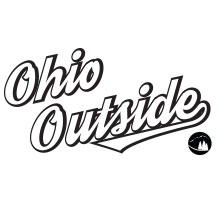 About the Author Ohio Outside